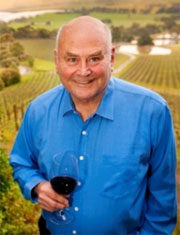 I have written at length about my 35-year friendship with Len Evans in my memoir ‘A Life in Wine’. It began in the late 1960s, and grew ever stronger, month-by-month, year-by-year. A love of great wine (especially Domaine de la Romanée-Conti) was the glue, but it ranged over many things: seven card stud poker, flyfishing, cricket, rugby union, and many items of current debate.

Until his death, we were the only two people who had attended every Single Bottle Club Dinner, simply because we were the two architects of it, and jointly decided the date it would be held each year (twice a year for a brief spell in the 1980s).

It is a matter of public record that he was the greatest and most effective supporter of the Australian wine industry throughout his life, an OBE and AO small recognition of the extent of that contribution. His Bulletin Place wine shop and restaurants, his creation of the Rothbury Estate and, later, of Tower Estate and Tower Lodge, and his contribution to the Australian wine show system, were but some of his achievements. He raised large amounts at charity dinners, able to shame or outwit those who he thought should be bidding for lots at auctions.

But his strongest belief was that Australian winemakers – and, in the case of large producers, their corporate bosses – were too complacent. He was the driving force that led to the 30-year vision in 1995, articulating a path towards a $4.5 billion industry. It had its supporters, but also its critics – who were silenced when the vision was realised in 2001, 24 years early.

I know with absolute certainty that he believed his greatest achievement was the establishment of the Len Evans Tutorial. Its aims were simply: to select 12 men and women each year who, over five days, would be exposed to the great wines of Australia and the world; whose complacency would be shattered, or, at least, seriously challenged; and to find which of the 12 had the superior palate and the most rounded understanding of what it is that makes great wines great. 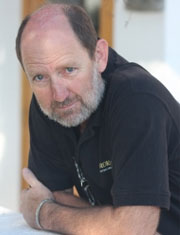 Managing Director, Chief Winemaker and part-owner of Brokenwood, Iain has taken Brokenwood from a small ‘hobby’ winery and into the national and international arena. Brokenwood’s committment to a program of regional blending from 1978 in an attempt to even out some of the more difficult Hunter Valley vintages as well as continuing a long held tradition in Australian winemaking.

Over a 35-year period of wine show involvement, Iain has been Chair of Clare Valley, Margaret River, McLaren Vale and Cowra Wine Shows, as well as judging in New Zealand and the USA. Not to mention Chairman of the Hunter Valley Wine Show for 10 years, having taken over from Len Evans in 2002.

His strong interest in ‘improving the breed’ comes from the many years working with Len Evans at Australian wine shows, so it was no surprise that Riggs became the Chair of Trustees for the Len Evans Tutorial after Evans death in 2006. Brokenwood has been a financial supporter of the LET since the first tuorial 2001 and Riggs has worked alongside Evans, Halliday, Croser and McKenzie in fine tuning such a one of a kind wine school. 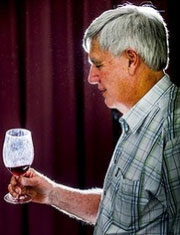 Ian’s winemaking career began in 1959 as Trainee Winemaker at Berri Co-op Winery and Distillery (BCWD) where he remained for twenty four years, completing a three year Roseworthy Diploma of Oenology in that time and working short stints at Orlando, Lubiana and Emu Wines. During this time he gained a thorough grounding in all facets of wine and brandy production and was appointed Chief Winemaker at BCWD in 1976.

In 1983 Ian joined Seppelt as their Chief Winemaker and Victorian Regional Manager based at the company’s Great Western winery. Following the formation of Southcorp Wines, of which Seppelt was a key brand, he was appointed Southcorp Wines Chief Winemaker in 1991, a position he held until his retirement in April 2001 after which he established a small consulting company. Significant projects completed under his direction were the development of Seppelt Salinger (one of Australia’s most highly regarded sparkling wines) and Penfolds Yattarna (Australia’s most sought after chardonnay)

Currently regarded by many as Australia’s most senior wine judge he has been show judging since the mid 1970s and has been Chairman of Judges for the Canberra National, Adelaide, Perth, ACT, Barossa, Clare Valley, McLaren Vale, Mt. Barker, Hunter Valley, Riverland, Victorian Wines, Ballarat and Lilydale wine shows.

He has been a Tutor at the annual Len Evans Tutorial since its inception in 2001.

From the late 1980s until mid 2004 he was a consultant to QANTAS Airways as a member of their wine selection panel. He has been a Director of The Wine Society since 2004.

Since his retirement from a full time position with Southcorp Wines he has been retained as a Consultant in a number of capacities by various winemakers in Australia, Chile and South Africa. 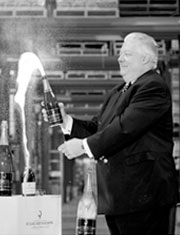 Gary STEEL is one of Australia’s leading authorities on French wines.  He has been involved in the wine industry for over 35 years, not only through importing French wines which are his passion, but he has built an impressive network and portfolio of domestic wines with his company, Domaine Wine Shippers.  The company was created in 1977 by Gary and Yvonne Steel and was born out of a love for wine and the history of wine making.  At the time Gary was also an Airline Captain with Ansett Airlines, until 1989 when the Pilot’s Dispute ended his successful 18 year career.  Gary then decided to refocus his career on the wine industry and make it his full time vocation.

In the early 70’s when Gary was still training to become a pilot, he would, to further his knowledge of the wine making process and for his own enjoyment, visit the various vineyards in the Hunter Valley on the weekends.  Through the associations he made in the Hunter, he met and became close personal friends with Len Evans, the most awarded figure in the Australian wine industry.  Gary’s friendship with Len endured until his passing in 2006.  Gary has been involved in the Lens Evans Tutorial since its inception in 2001 and has continued as a lecturer on Burgundy every year since.

Always approachable for an opinion and always willing to share his stories, whether it be from the lectern or over a glass, Gary’s true passion for wine will keep him firmly entrenched within the industry for many years to come. 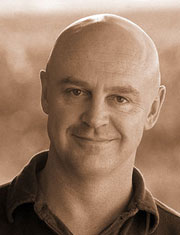 In 1988 Michael Hill Smith became the first Australian to pass the rigorous Master of Wine examination. Michael is a wine producer, international wine judge, wine consultant, and occasional wine writer. He is also a relentless advocate for fine Australian wine via on-going Master Classes and Workshops both within Australia and internationally. In 2008 he was awarded an Order of Australia (AM) for his contribution to the Australian Wine Industry. Featured in Decanter Magazine’s International Power List 2009, 2011 and 2013.

Michael also has the privilege of being the Foundation Trustee and Judge of Dan Pontifex Memorial Scholarship, established in 1998 enabling young wine and food professionals to travel to the UK and vice versa  to further their studies.

Shaw and Smith – In 1989 Shaw and Smith was formed with his cousin Martin Shaw and specializes in regional Adelaide Hills wine styles. They were listed in Wine and Spirits Magazine (USA) Top 100 Wineries 2005.  Michael was Nominee Winemaker of the Year Gourmet Traveller Wine Magazine 2006.  Shaw & Smith have been listed in Bettane and Desseauve – The World’s Greatest Wines, and Neil Beckett’s 1001 Wines You must try before you Die.  Shaw & Smith bought the highly rated Tolpuddle Vineyard in Tasmania In 2011.